In a saucepan, bring almond butter, honey, brown sugar, oil, salt and cinnamon to a boil over medium heat. Stir until sugar is dissolved and let cool slightly.

In a bowl, combine rolled oats, pecans, dates and sunflower seeds. Set aside.

Bake in an oven preheated at 325° for about 20 minutes or until until golden brown. Let cool in pan on rack for 30 minutes. Refrigerate for about 1 hour until cold. Cut into bars. 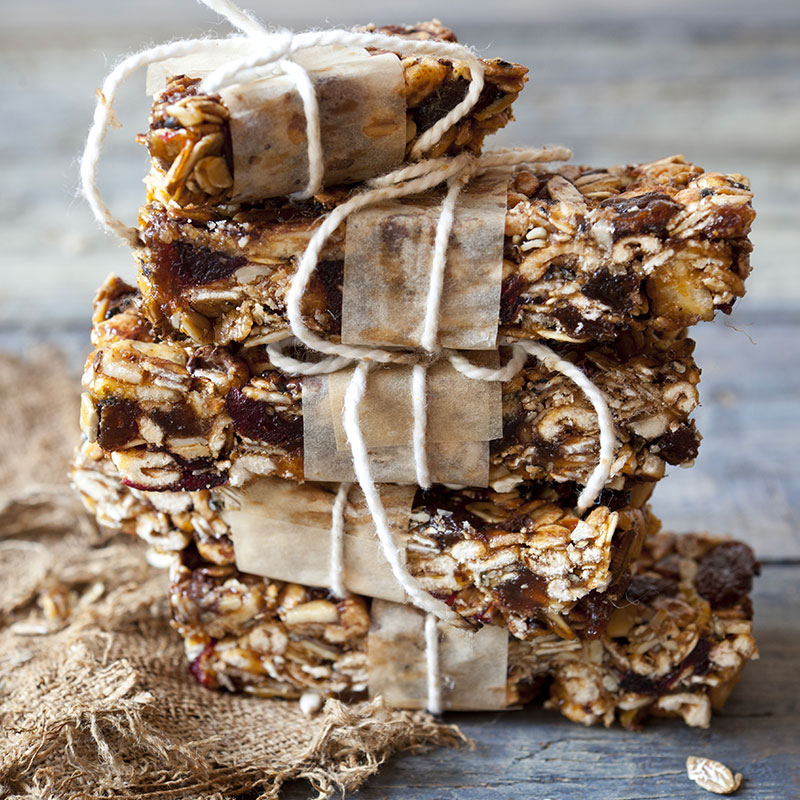